‘New’ Africa gears up for grand debut at Dubai Expo 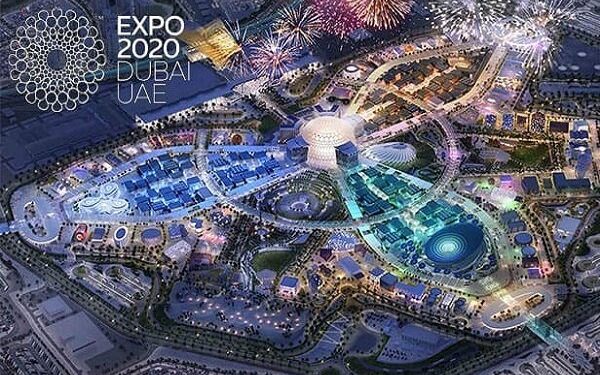 As the huge project nears completion ahead of the scheduled October 2021 opening, African delegates touted their ambitions to generate trade and investment at a high-level meeting this week

African nations are attending this year’s Dubai Expo 2020 in force, hoping to project an image of a modern and ambitious continent and shed stereotypes of conflict and underdevelopment.

The six-month mega-event, delayed by the Covid pandemic, is a milestone for the UAE.

Dubai has spent some $8.2 billion transforming a barren stretch on the outskirts of the city into an eye-popping site, bristling with high-tech pavilions.

As the huge project nears completion ahead of the scheduled October 2021 opening, African delegates touted their ambitions to generate trade and investment at a high-level meeting this week.

With nearly all African states represented for the first time, Expo provides a stage to advertise a “continent that is ready to move forward” and “a secure place to do business,” Levi Uche Madueke from the 55-member African Union told AFP.

“The time has come for us to actually reach out to the world, and for the world to understand us, and also see how they can collaborate with us,” said Madueke, the AU’s head of strategic partnerships.

Since the first World Expo was held in London in 1851, global fairs have been used to showcase innovations and as a branding exercise for participating countries.

The UAE has increased its political and economic presence in Africa in recent years, particularly in the eastern Horn.

Africa witnessed 25 years of growth before falling into a Covid-induced recession in 2020. It continues to dominate the bottom half of the global Human Development Index.

Aside from exceptions such as Rwanda, Morocco and Kenya, African states also fare poorly on indices that measure the ease of doing business.

But Madueke said that despite the need to develop infrastructure and the existing barriers to international trade, Africa has “a lot to offer” thanks to its rich natural resources and youthful population.

The Democratic Republic of Congo, long seen as a country marred by conflict, corruption and human rights abuses, is looking to attract investment from around the world.

“Often when we talk about Africa, about Congo, people will say — there is war in the east, there are rebels… No!” said Eugene Manga Manga, DR Congo’s general commissioner for Expo 2020. “We have everything we need. If you go out at night in Kinshasa, life is good.”

Known for its rich mineral resources, DR Congo will showcase its culture and landscape in promotional videos in a bid to attract tourists, from its pavilion that will also promote the country’s agricultural potential.

“The Congo has 80 million hectares of arable land. We exploit only 10 percent,” Manga said, adding that the country has taken steps to ease property ownership hurdles and improve the business climate.

“This image of Africa that is sold — of misery, suffering, war — that’s in the past!” he told AFP.

At the Dubai meetings, members of the Benin delegation said the country was working overtime to promote tourism by rehabilitating cultural sites and improving its business potential through economic reforms.

“The objective is to sell the destination,” said Ines Monwanou, the country’s main delegate at Expo 2020.

While expectations are high, even the continent’s heavyweights acknowledge that selling a revitalised image at the Dubai Expo will be a challenge.

The Egyptian pavilion, featuring pyramids and hieroglyphics, will showcase the country’s ancient history and vast tourism appeal, but the main objective is to draw in business investment and cooperation, particularly in new technologies.

“The world has started to look at Africa and rediscover it,” said Ahmed Maghawry Diab, an official from Egypt’s Ministry of Trade and Industry who is representing the country at Expo 2020.

“The continent has a lot of difficulties, but it has also started to develop.”