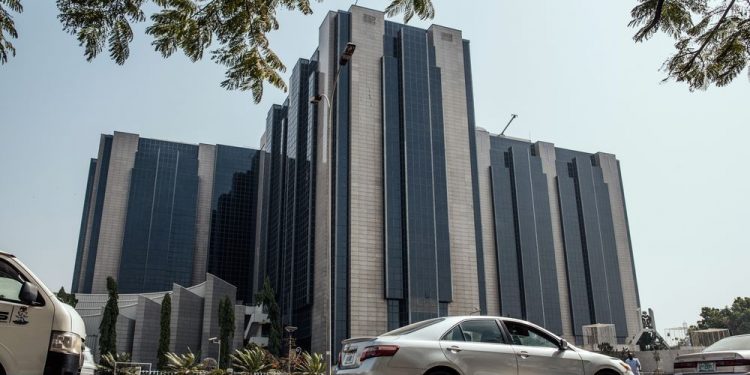 Despite worsening fiscal and foreign exchange (FX) woes, Nigeria is no closer to restoring its oil production capacity lost to abandoned pipelines, lack of investment and unbridled crude theft, according to senior executives in the industry.

BusinessDay learnt that even if the required investment is made today and crude theft curtailed, it could take at least 12 months for the significant capacity restoration to translate to rising crude exports for Nigeria.

From a high of about 2 million barrels per day (bpd), Africa’s top oil producer has seen output fall to as low as 1.3 million bpd. Nigeria has been unable to meet its OPEC quota since November last year at a time of rising oil prices and severe revenue and FX woes at home.

Analysts as well as industry operators say the fastest place to ramp up production remains the crisis-ridden fields onshore in the Niger Delta.

“I think that there are a number of producing assets that just require oil theft stopped or reduced substantially. Once that is done, significant capacity restoration can be immediate,” said Ayodele Oni, energy lawyer and partner at Bloomfied law firm.

Trouble is the international oil companies (IOCs) with the financial capacity to develop these fields are fleeing from their land concessions, and it will be difficult to get them to refocus on rebooting operations there.

Margins are the highest for Nigeria in onshore fields. According to a memo seen by BusinessDay, the Nigerian government’s take from every $100 revenue earned from crude sales through its joint venture (JV) operations with oil companies is about $77, but rising cost and community battles are driving the IOCs offshore.

In the country’s oil-rich offshore fields, operations are governed by complex production sharing contracts (PSC), and final investment decisions (FID) take several years to reach, although it is expected the IOCs will deploy some of the capital they are harvesting from asset sale onshore.

Last year, the Nigerian National Petroleum Company (NNPC) signed an agreement with partners in the Oil Mining Licence 18, the home of the Bonga field located offshore Nigeria, which will unlock over $10 billion in investments.

Through these agreements, the NNPC and the contractors settled the long-standing disputes that have bedevilled the PSC administration and was propped as a first step in facilitating the Bonga South West Aparo Project investment by Shell Nigeria Exploration & Production Company.

The Bonga project, thought to be the closest to reaching FID, suffered setbacks when in February, Shell announced it would postpone development till 2025.

The consequence of dwindling oil revenue and lack of investment is showing up in Nigeria’s fiscal crises and shortage of FX.

Nigeria was recently removed from JP Morgan from its list of emerging market sovereign recommendations that investors should be ‘overweight’ in, saying the country had not taken advantage of high oil prices — a development that could deter foreign portfolio investors.

The country is currently hobbled by a debilitating shift from governance to politicking, raising the spectre of a year-long period of lame-duck presidency where reforms will atrophy.

“As regards implications, this is already evident. Due to price hike, high inflationary pressures on the populace, it is leading to heightened social unrest, which will continue to persist,” said Ese Osamwonyi, senior oil and gas analyst at SBM Intelligence.

Strong headwinds in the form of insecurity, an NNPC with depleted revenue as it struggles to pay subsidies on petrol, hostile operating environment and government’s inability to incentivise oil production in the face of rising prices will yet pose more fiscal challenges.

According to the officials, oil theft and sabotage in the Niger Delta have reached unsustainable levels, with greater than 80 percent of crude being lost/stolen in some instances.

At these levels, producers will simply shut in operations as it is not economic to keep producing via pipelines. Alternative evacuation means are being adopted by some firms but options like barging fail when large crude oil volumes are concerned, and even then this will likely cost up to five times more than current pipeline evacuation.

The NNPC owes over $1.01 billion in cash call arrears after paying $3.68 billion in the past five years. This causes significant delay to projects as the JV partners (IOCs) have to cover NNPC’s share which drains capital.

Though NNPC has morphed into a limited liability structure with the passage of the Petroleum Industry Bill, IOCs have preferred an incorporated joint venture structure to allow the JV operate as independent self-funding companies.

The Federal Government has set up a steering committee to drive the implementation of the Petroleum Industry Act (PIA) within 12 months from the date of assent, and analysts will watch this closely to see how it evolves.

Some operators say with the PIA, it is the case of pulling up at the station after the bus had left.

“The Act is complex, particularly with regards to obligations, and players in the industry don’t have clarity on how it will work. Until there’s clear guidance regarding the implementation of the Act, most companies will simply sit and wait and are unlikely to undertake major new projects,” a senior Nigerian oil executive said.

In addition to the worrying issue of crude theft, IOCs are also constantly victims of what they described as frivolous claims by hostile communities and individuals who see the oil companies as “easy targets for a payday.”

Shell Petroleum Development Company is currently appealing against a judgment of an Owerri High Court that ordered it to pay N800 billion compensation to a community in Rivers State over a purported oil spill that even the Nigerian government spill detection agency has no record of.

Many cases of claims have been awarded in local courts and in some cases arrest warrants issued against oil company officials.

The exit of onshore oil fields by IOCs should present Nigeria with the opportunity to expand the offshore sector as the existing firms can have a more focused portfolio and increased capital available.

But this will require that the government entice new players through commercially sound incentives. There is, though, a major downside to this potential, offshore projects are very capital- intensive and to allow such projects to be economical, the government will have to provide both fiscal incentives and certainty that help to reduce project costs.