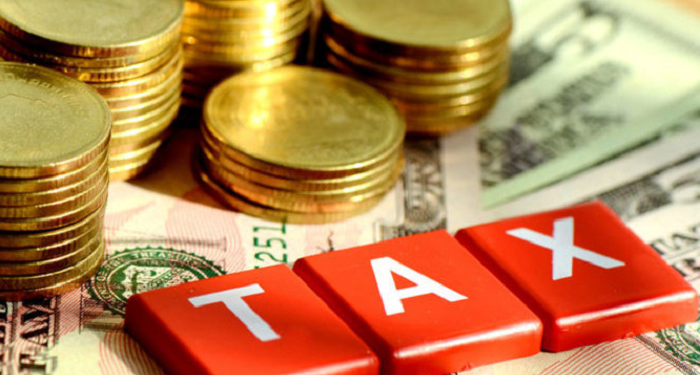 Nigeria will not be endorsing a framework for what was called a two-pillar solution to the taxation of the digital economy, promoted by the Organization for Economic Cooperation and Development (OECD)/ G20 Inclusive.

This was disclosed in a press statement by the Federal Inland Revenue Service (FIRS), which says the proposal is not in the best interest of the country, and wants to “ensure that Nigeria does not lose out on potential revenue from the digital economy”.

In a statement issued on behalf of Muhammad Nami, executive chairman of FIRS, it was disclosed that the conditions of the agreement were reviewed, and it threw up concerns over the impact that the signing of the agreement would have on the country’s tax system and tax revenue generation.

“There are serious concerns on how the rules would compound the issues in our tax system. For instance, to be able to tax any digital sale or any multinational enterprise (MNEs), that company or enterprise must have an annual global turnover of €20 billion and a global profitability of 10%. That is a concern. This is because most MNEs that operate in our country do not meet such criteria and we would not be able to tax them,” read the statement.

“Secondly, the €20 billion global annual turnover in question is not just for one accounting year, but it is that the enterprise must make €20 billion revenue and 10% profitability in average for four consecutive years, otherwise that enterprise will never pay tax in our country, but in the country where the enterprise comes from, or its country of residence,” the statement read.

Thirdly it was noted that for Nigeria to subject a Multinational Enterprise to tax under the rule, the entity must have generated at least €1 million turnover from Nigeria within a year.

This, the FIRS says is an unfair position, especially to domestic companies which, with a minimum of above N25 million (that is about €57,000) turnover, are subject to company’s income tax in Nigeria. He added that this rule will take off so many Multinational Enterprises from the scope of those that are currently paying taxes to Nigeria.

In other words, even the MNEs that are currently paying taxes in Nigeria would cease to pay taxes to the country because of this rule.

Fourthly, on the issue of dispute resolutions under the Two-Pillar Solution, it was noted in the event of a dispute between Nigeria and a Multinational Enterprise, Nigeria would be subject to an international arbitration panel as against Nigeria’s own justice system.

“It would be subject to international arbitration and not Nigeria’s judicial system and laws—even where the income is directly related to a Nigerian member of an MNE group, which is ordinarily subject to tax in Nigeria on its worldwide income and subject to the laws of Nigeria.

We are concerned about getting a fair deal from such process. More so, such a dispute resolution process with a Multinational Enterprise, in an international arbitration panel outside the country, would lead to heavy expenses on legal services, traveling and other incidental costs.

“Nigeria would spend more; even beyond the tax yield from such cases,” the statement read.

According to the statement, it is already a point of practice to annually amend the country’s tax laws to reflect the current global realities, and it was courtesy of these reviews that the Significant Economic Presence (SEP) rule was developed, through the Finance Act of 2019 and 2020.

The SEP rules set threshold for Multinational Enterprises, without physical presence in Nigeria, for registration and payment of taxes to the country.

Also, technology has been deployed in bringing digital transactions to the tax net. Coupled with the Significant Economic Presence rule, FIRS says it has started seeing the impact of the technology deployed; companies like Twitter, Facebook, Netflix, LinkedIn, among others who have no physical presence in Nigeria and that were hitherto not paying taxes have now registered for tax purposes and are paying taxes accordingly.

There is also the Data-4-Tax Initiative, a blockchain technology which FIRS is jointly developing with the Internal Revenue Service of the 36 states and that of the FCT, under the auspices of the Joint Tax Board. With this project, FIRS says it is confident of a seamless view and access to all economic activities of individuals and corporate bodies in Nigeria going forward, including money spent on digital commerce.

“The fourth is that we have set up a specialised office, the Non-Resident Persons Tax Office, to manage the taxation of non-resident persons and cross-border transactions, including all tax treaty operational issues and income derived from Nigeria by non-resident individuals and companies,” the statement read.

According to the statement, the Executive Chairman, FIRS appreciates members of the Nigerian public who had raised concerns at various occasions over Nigeria’s decision not to endorse the Two-Pillar solution, stating that their concerns came from a place of genuine passion and patriotism, anchored on seeking a better Nigeria.