Real estate sector seen expanding by 5.2% in 2023 on sustained growth 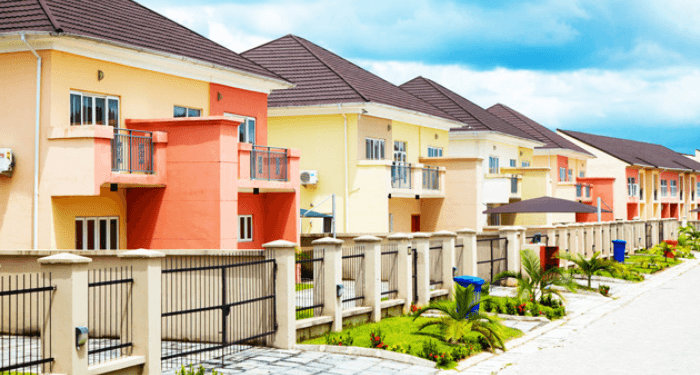 Real estate sector seen expanding by 5.2% in 2023 on sustained growth

The real estate sector of the Nigerian economy is to expand by 5.2 percent in 2023, Bismarck Rewane, the chief executive officer of Financial Derivative Company (FDC), has said.

The expansion, according to Rewane who spoke at the December edition of the monthly Breakfast Session hosted by the Lagos Business School, will happen on the back of the sector’s sustained growth among other drivers.

Though the traditional risks in the sector, including high unfriendly interest rate environment, increase in the cost of building materials, and poor land acquisition policy, will remain, the FDC boss sees the sector’s contribution to GDP also increasing to 6.5 percent.

Figures released by the National Bureau of Statistics (NBS) in its third quarter 2022 GDP report paints a clear picture of both construction and real estate sectors growth trajectory in 2022.

Similarly, the NBS report reveals that real estate services, in nominal terms, grew by 9.13 per cent, which is 0.50 per cent points higher than the growth rate reported for the same period in 2021, though lower by 3.68 per cent points compared to the preceding quarter.

Rewane contended that this growth would be sustained going into the new year, adding that high population and urbanization growth would be other major drivers of the trajectory in both short and long terms.

“Nigeria has the largest consumer market in Africa; its population will increase to 223.8 million in 2023; inflation will tapering in 2023 which implies that real disposable income will increase and real returns will rise,” he noted.

He added that private consumption will also increase, meaning that there will be a potential upside for corporate which, in turn, will translate to higher earnings and greater profit margin.

Rewane sees positive and bright outlook for the economy in 2023 as, according to him, exchange rate adjustment will narrow the import-export foreign exchange (IEFX)-parallel gap from 747 in 2022 to 680 in 2023.

“Inflation is to taper on restrictive monetary policy regime from 19.5 percent in 2022 to 16.3 percent in 2023,” he said, predicting that there will be increase in non-oil revenue while invisible exports will support improvements in the current account balance.

On the strength of the above, it is expected that real estate which mirrors and follows economic conditions will see growth in the incoming year as increased economic activities will mean increased demand for real estate assets.

“We expect to see a new government in 2023 and, depending on who becomes the next president, the economy will definitely experience a positive turn-around. Another interesting thing to think about is that each of the frontline contenders to presidency promises economic reform,” Funso Abayomi, an economic analyst, posited.

Abayomi noted that even though the outgoing year recorded growth in the real estate sector, it was still difficult for many home-seeking Nigerians to buy one, noting that this was not surprising to many close watchers of the sector and the economy at large.

“Buyers of real estate products have been complaining about rising property prices over the past few years. Apart from the effect of this on construction and variations on projects cost which is forcing investors to shift completion dates, some developers have scaled down their units and re-planned their schemes to meet wide gap in the residential segment of the property market,” he said.

He pointed out that what is called affordable housing is becoming increasingly out of reach for many low- and even mid-income renters and buyers in urban centres and their surrounding suburbs.

This, he explained, was because supply did not keep pace with growing demand, leading to a decline in vacancy rates. “The average number of people living in rented accommodation increased and, in most areas, rents rose,” Abayomi said.