Report reveals $3.9bn damages to Ghana’s roads, highways due to climate change by 2050 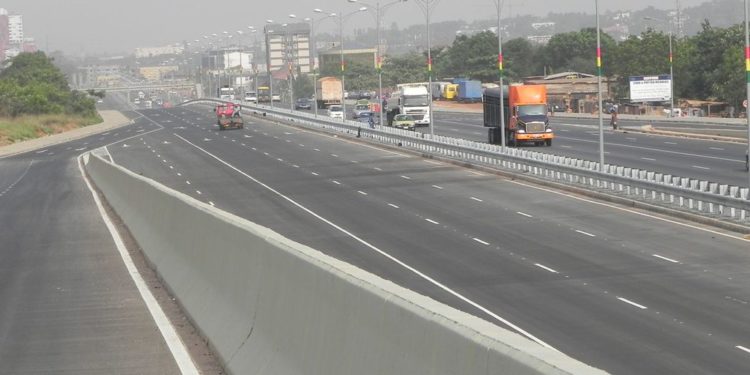 Report reveals $3.9bn damages to Ghana’s roads, highways due to climate change by 2050

A new report estimates that by 2050 climate risks could cause damage worth $3.9 billion in Ghana’s transport sector.

The potential damage of $3.9 billion is thrice the investment of $1.3 billion made in the sector in 2019, according to the study.

This is per the key findings from the “Ghana: Roadmap for Resilient Infrastructure in a Changing Climate” report.

Other key findings include future energy availability for about a quarter of a million people in rural parts of Ghana is threatened by drought given their reliance on wood fuel for household energy generation. Equally, climate risks threaten major components of the electricity generation and transmission due to exposure to drought and flooding.

Also, 54% of dams assessed are exposed to floods and 23% to droughts under a high-hazard by 2050; the Weija dam, supplying 80% of the drinkable water for Accra’s metropolitan area, was found to be particularly exposed to flooding.

The good thing is that the report offers a roadmap that could prevent the worst from happening. It also highlights extensive efforts by the government to counter climate risks.

The research was led by the national Ministry of Science, Environment, Technology and Innovation, in partnership with the Global Center on Adaptation.

It reflects efforts by the government of Ghana to assess the threat that climate change poses to infrastructure assets. It also mentions government efforts to prioritize adaptation investments to mitigate the climate risks facing Ghana’s infrastructure in the energy, transport, and water sectors.

“Extreme weather and rapid changes to Ghana’s climate present a profound risk to key sectors of Ghana’s socio-economic development. Infrastructure in these sectors are the bedrock of the country’s economic growth and development,” said Dr. Kwaku Afriyie, Ghanaian Minister of Science, Environment, Technology and Innovation.

“Infrastructure in these sectors are the bedrock of the country’s economic growth and development. Ghana, through MESTI in July 2020, received support from the Global Centre on Adaptation (GCA) through UN Office for Project Services (UNOPs) under the “enhancing the resilience of Ghana’s National Infrastructure Systems to the impact of climate change” project […] the implementation of the resilience road map will now require additional financial resources from both Government and Development Partner institutions,” he added.

“Ghana: Roadmap for Resilient Infrastructure in a Changing Climate” was carried out under the Africa Adaptation Acceleration Program, a partnership of the African Development Bank Group and the Global Center on Adaptation, with support from the United Nations Office for Project Services, the United Nations Environment Program, and the University of Oxford’s Environmental Change Institute.

““I don’t need to remind you that Ghana will become hotter, wetter, and drier. Given how we know the climate crisis is evolving, these are very alarming statistics. But this is not the full story. For us, at the Global Center on Adaptation, the real story on climate adaptation in Africa is a story of resilience, of responsibility, of solidarity, of opportunities for a safer, greener, more prosperous continent. It is this story that is captured in the roadmap we are launching today,” said Professor Patrick Verkooijen, CEO of the Global Center on Adaptation.

“Climate impacts are projected to lead to increased investment for infrastructure, particularly water storage, flood defenses, and water supply and sanitation, but, in the long run, investment in adaptation will reduce the need for costly retrofitting while reducing upfront costs,” added Anthony Nyong, Senior Regional Director for Africa at the Global Center on Adaptation.

The assessment provides a roadmap for addressing risks through targeted adaptation options in the built and natural environments, including nature-based solutions. It also defines institutional interventions required to ensure the optimum effectiveness of adaptation measures in the country.

Ghana has experienced severe droughts and flooding in the last two decades, some of which have had severe economic and social impacts. The projected impacts of climate change are likely to intensify pressure on the country’s existing dam infrastructure, yielding severe consequences for river runoff, which could affect over 1.3 million people, mostly women and children, the report indicates.

GCA, in partnership with the African Development Bank (AfDB), through AAAP, is already working to implement the Scaling Renewable Energy Mini grid and Net Metering Program which seeks to support Ghana in the electrification of island communities and move closer moving closer to identified development objectives such as Sustainable Energy for All by 2030. GCA is working with the AfDB conduct climate risk assessments on potential climate hazards in the districts that will benefit from the electrification program.

Through its Technical Assistance Program (TAP) to access and leverage climate finance, GCA is also providing technical support to the Ghana Infrastructure Investment Fund (GIIF) as part of its application to become a Direct Access Entity to the Green Climate Fund (GCF) to enable Ghana to be able to take greater ownership of the implementation of climate finance.

About the Global Center on Adaptation

The Global Center on Adaptation (GCA) is an international organization which works as a solutions broker to accelerate action and support for adaptation solutions, from the international to the local, in partnership with the public and private sector, to ensure we learn from each other and work together for a climate resilient future.

Founded in 2018, GCA is hosted by the Netherlands, working from its headquarters in Rotterdam with a knowledge and research hub based in Groningen. GCA has a worldwide network of regional offices in Abidjan, Ivory Coast; Dhaka, Bangladesh and Beijing, China.

Through this evolving network of offices and global and regional GCA teams, the organization engages in high-level policy activities, new research contributions, communications, and technical assistance to governments and the private sector.