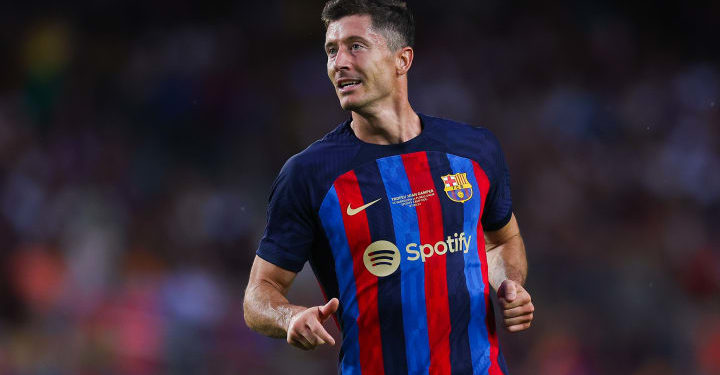 Robert Lewandowski has hinted at his confidence over winning an illusive Ballon d’Or award at Barcelona.

Lewandowski finally secured a summer move to the Camp Nou ahead of the 2022/23 season after signalling his firm intention to leave Bayern Munich for a new challenge.

The Polish international was tipped to win the 2020 award, before the decision was made to postpone it, due to the Covid-19 pandemic.

Lionel Messi defended his title in 2021, with Lewandowski missing out, despite his incredible consistency at the Allianz Arena.

However, Lewandowski has hit the ground running on his arrival in Catalonia, with 11 goals across all competitions, prior to the international break.

Lewandowski faces a battle to win his first ever Ballon d’Or, with Real Madrid skipper Karim Benzema tipped to win the 2022 award, but he believes his chances are increased as a Barcelona player.

“I didn’t expect the Barca fans to start singing for me at the Camp Nou so quickly. It makes me feel like I’ve been here for a long time, ”reports from Marca.

“Barcelona is the team where the most players have won the Ballon d’Or. I think the path is shorter from Barca than from Bayern.”

Lewandowski will captain Poland in their final two UEFA Nations League games of the 2022/23 season up against the Netherlands and Wales.