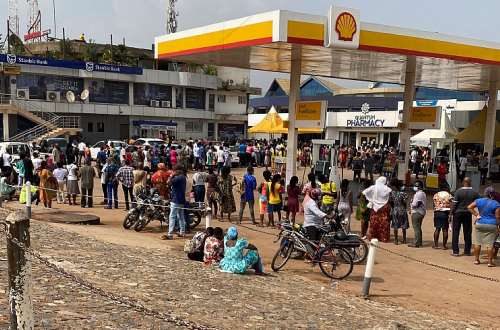 Mobile telecommunication companies in the country have upgraded their technical logistics to improve services towards the ongoing SIM card registration exercise.

As part of the improved measures and logistics, mobile network operators (MNOs) will from Monday, use an updated version of the app being used for the registration.

The Chief Executive Officer of the Ghana Telecommunications Chamber, Dr. Ken Ashigbey, indicated that these interventions are part of efforts to make the exercise more efficient and convenient for subscribers.

In an interview with the Daily Graphic, Dr. Ashigbey noted that the updated version of the app being used was released to the MNOs last Thursday and hopefully from Monday the country will experience improved services.

“Last Thursday, an updated version of the app being used was released to the MNOs, and from today we hope to see improved services, particularly the time of process, as the app, which was quite slow and created all the delay, has been updated; hopefully, it should work better.”

Since the directive was given for the re-registration of SIM cards from October 2021 to March 2022, subscribers have complained about various challenges as they go through the process.

The issue has been compounded by long queues at the various registration points, a situation that has attracted concern as possible areas for the spread of the coronavirus disease (COVID-19) pandemic.

Dr. Ashigbey, admitting that there had been a technical challenge with the app being used, said that the problem had been compounded by the failure of subscribers to complete the first phase of the registration by linking their mobile phone numbers to their Ghana cards, which is a can-do-it process on their phones.

“One of the causes of the situation we have experienced at the various registration points is the fact that many people show up not having completed the first phase of the exercise by linking their cards to their numbers.

“That, together with the verification and the second phase of the exercise, takes time, and with the initial challenge of the app being slow, the unfortunate situation has been created,” he added.

To improve the situation, Dr. Ashigbey said the MNOs in particular had assessed the situation, and having realised the main challenge and after discussions with the other stakeholders, mainly the Ministry of Communications and Digitalisation and the National Communications Authority (NCA), it was agreed that the app being used be updated.

“So last Thursday, January 6, the telcos took delivery of an updated version of the app, and because it works on only smart phones, they have also increased the number of smart phones, consequently, while the registration points have also been increased to include distributors, retail shops and the agents.

“Like most technological apps on mobile devices, the re-registration app works only on smart phones, so that has been factored into plans to make the exercise more efficient,” he explained.

He further indicated that a decision had been taken to bring the service to the doorstep of subscribers to prevent the aggregation of people at the offices of the telcos.

“So, for instance, we are planning to get the service to organisations and companies with large numbers, such as the Graphic Communications Group Limited, the churches, mosques and marketplaces on market days.

“This means that in the convenience of their activities, subscribers can go through the process without having to leave their work and wait for hours in long queues to be served.

“By the close of this week, that intervention will be rolled out, and the GCGL head office will be one of the first port of call because we know the numbers we will be dealing with over there.

“However, to be served, subscribers should have first gone through the first phase by dialing *404# to link their SIM cards to their Ghana card