The digital currency race between Nigeria and Ghana – A win-win for AfCFTA? 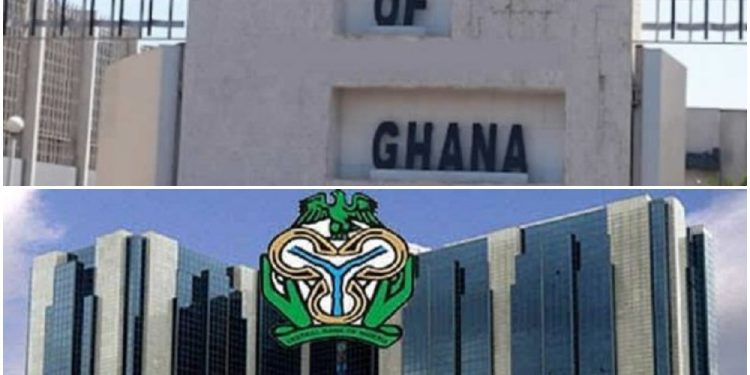 The digital currency race between Nigeria and Ghana – A win-win for AfCFTA?

The wind of Central Bank Digital Currency (CBDC) is currently blowing across the globe with major Central Banks in the process of developing systems that will support digital money. China is testing a digital renminbi version, whereby customers can transact payments over their mobile phones. Europe announced the launch of a digital Euro as part of their five-year plan. The USA Federal Reserve Bank (Fed) is planning to release a discussion paper regarding digital payment system.

Africa is not left behind as two very significant countries within the African Continental Free Trade Area (“AfCFTA”) have been in the news recently in their race to launch the first CBDC on the continent. Nigeria, the continent’s biggest economy, through the Central Bank Governor, Mr Godwin Emefiele, announced on July 27, 2021, the launch of the pilot phase of the Nigerian CBDC (e-Naira) in October this year (less than two months from now).

Ghana, the seat of the AfCFTA Secretariat appears to have overtaken Nigeria in the race by announcing that its own version of the CBDC (e-Cedi) will start in September 2021 (few weeks away). Earlier this month, (specifically on August 11, 2021) the Bank of Ghana sent a strong message to the doubting Thomases that it is not joking with the idea when it announced a partnership with German payment services provider, Giesecke+Devrient to pilot Africa’s first general-purpose central bank digital currency, e-cedi which is intended to complement rather than replace the physical cedi.

There are other African countries in the race, but Nigeria and Ghana appear to be leading in this regard. Beyond the less important issue of who becomes the first to launch a State-backed digital currency on the continent, there are questions around what benefits the digital currency would add to the African economy. Will it boost the ease of payment and settlement of transactions under the new trade regime? Will it address the challenges of remittances on the continent? On what blockchain will the CBDC run – Bitcoin-type blockchain or Hyperledger Fabric blockchain? Will it be wholesale CBDC or retail CBDC or a hybrid?

Other concerns revolve around the issue of adoption and its relevance in maintaining stability in fiscal and monetary regimes.

CBDC is an electronic or digital version of fiat currency. In simple terms and using Nigeria’s currency for illustrative purposes, e-Naira would refer to a digital version of Naira issued by the Central Bank of Nigeria. Like a paper fiat currency, it has the backing of the Federal government and serves as a legal tender. Unlike the paper Naira, a CBDC or e-Naira is not held in physical form. It can either be token- (digital) or account-based.

It shares some similarities with cryptocurrency like Bitcoin, which is digital money in token format, supported by blockchain technology, except that in the case of the CBDC, it enjoys the support and backing of the Central Bank of the issuing country.

Another distinguishing factor between CBDC and other cryptocurrencies also lies in the fact that whilst the latter is fully decentralized and relies on adoption dynamics by users, CBDC on the other hand is centralized and controlled by the government.

Is CBDC a boost to payment system and financial inclusion under the AfCFTA?

There are divided views on this, and it is too early to tell what solution the CBDC is bringing to the financial system. Developed economies like Russia, Japan, U.S.A, China, and the UK appear to be slow in rolling out digital currencies considering the inherent risks. They want to understand how it will work and putting adequate measures in place to ensure the robustness and efficiency of the system. This has made some to query the rush by Nigeria and Ghana to launch their CBDCs when a country like China that started researching on CBDC since 2013 is yet to launch its own.

Despite the scepticism, some still believe that there are potential benefits that will come with the launch of the CBDC if properly done. Amongst the expected benefits, is the improvement in cross-border payment and settlement system as well as remittances from the Diaspora which have taken a major hit in recent times.

For instance, diaspora remittance inflow into Nigeria (which is the second-largest source of foreign exchange for the country after oil) declined from $23.5 billion last year to $17.2 billion and many have blamed it on the shift to cryptocurrency.

If the CBDC can compete favourably with cryptocurrency, then there is hope that it may end up achieving three major milestones – improve cross border payment system within the AfCFTA, drive financial inclusion and arrest the decline in diaspora remittances across the continent.

Must Read: CBN drafts guidelines to Nigerian banks on e-Naira

Depending on the model, it may also play the additional albeit critical role of being used as a monetary policy tool in the hand of the issuing government. It is expected that CBDC should be able to address those inherent weaknesses faced by cryptocurrencies, which include their use for illegal activities, exchange rate volatility, and vulnerabilities of the underlying infrastructure.

There would be challenges and possible unintended consequences as typical with any new product. First is the issue of adoption. In Nigeria, some crypto maximalists are already predicting doomsday for the proposed e-Naira doubting its workability in a country that has innovatively embraced cryptocurrencies despite the government crackdown and regulatory induced-bottleneck.

A strategy and investment expert, Mr Ahmed Akinyele had told The Africa Report that the Central Bank of Nigeria’s plan to launch its digital currency would be a fruitless venture because of its poor credit rating as an issuer and due to Nigeria’s unattractive macroeconomic indices.

Other experts who share some optimism believe that the level of adoption will depend on the form the digital currency will take. In other words, if the e-Naira is designed as a simple payment token, then the same concerns that currently exist regarding unstable and arbitrary exchange rates and the value of remittance inflow will remain.

However, if it is given a standalone currency status, then there will be discussions on how it will be priced such that if it offers a better pricing option and value, that will serve as an incentive for easy adoption.

Again, depending on whether it is a wholesale or retail CBDC, it is feared that the e-Naira could create deposit competition with the private banking sector during regular times but exacerbate bank runs in times of financial crises. There are also concerns around data and privacy rights given the centralized nature of CBDC.

The appeal that the traditional cryptocurrency has over the state-backed digital currency such as trusted payment execution, decentralized governance, distributed technology, cryptographic consensus protocol, and limited supply may be hard to be replicated in the CBDC space.

Other issues relating to security of the project to ensure that it is not highjacked by money launderers and terrorist financiers need to be taken seriously as well.

Does Nigeria have an edge in the CBDC ecosystem?

If there is any country whose CBDC should act as a channel for payment and settlement across the AfCFTA, then it has to be Nigeria. The reasons are not far-fetched. First, Nigeria has one of the most robust financial and payment system infrastructures on the continent and this will go a long way to support the new payment system that the e-Naira will bring on board.

Second, Nigerian banks have their footprints across the continent thereby providing a platform to spread the reach of the e-Naira to other African countries. Beyond the financial infrastructure, Lagos recently overtook Nairobi as the tech hub of Africa. This is further buoyed by the bustling Nigerian crypto market regarded as one of the fastest-growing markets in the world.

All these will not only make it easy to integrate the e-Naira to the already vibrant tech ecosystem, but it will also make Nigeria a digital financial centre in Africa. Nigeria should use this opportunity to stamp its foot as the African financial hub.

The digital currency race between Nigeria and Ghana is indeed a win-win for Africa. Emphasis should be on putting measures in place to ensure the security and efficiency of the system.

A choice of a payment system is often influenced by several factors ranging from security, speed, convenience, low cost and other financial incentives. To make adoption faster, the CBDCs should reflect these features and more.

The underlying objective behind the CBDC project should erase the perception that it is coming to suppress or drive away other cryptocurrencies from the market. It serves us better if the CBDCs co-exist with other crypto assets and afford users varied options. Perhaps, the success of the CBDC will end up providing a template that will be used to address the concerns that exist within the cryptocurrencies system.

Ultimately, if the CBDC project works in Africa, it will drive the payment infrastructure for industrialization and value chain creation across the continent.