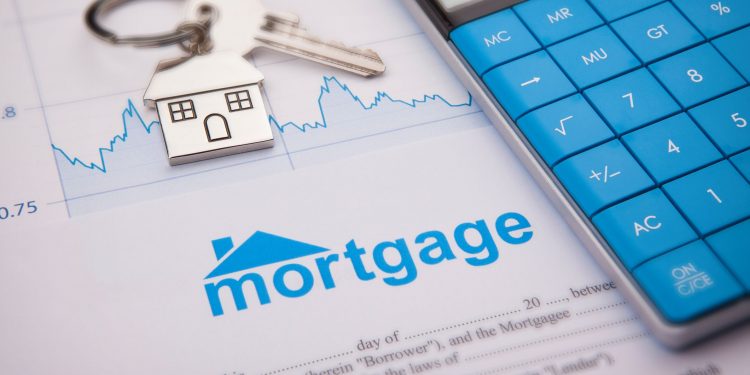 British lender Kensington Mortgages is to launch fixed-rate mortgages of up to 40 years on Tuesday in what will be one of the first products of its kind in the UK market.

The lender has partnered with Rothesay, the UK’s largest pensions insurance specialist which has more than £60bn in assets, to finance the longer-dated mortgages.

Its “Flexi Fixed for Term” mortgages will allow borrowers to fix the rate paid on their mortgage for the full term of the loan — anywhere between 11 and 40 years.

The long-term mortgages come amid concerns about rising inflation and increasing expectations that the Bank of England will need to raise interest rates to tackle it.

Mark Arnold, chief executive at Kensington Mortgages, said that while many homeowners had never known anything but ultra-low interest rates, the environment was likely to change.

“Nothing lasts forever and it looks very likely that we will see a succession of interest rate hikes and we may begin to slowly approach again an historical average,” he added. “A fixed-for-term mortgage — already very popular in some parts of continental Europe — is likely to become increasingly attractive in a rate-rising environment.”

Rates will depend on the fixed term chosen and amount borrowed. A 95 per cent loan to value mortgage will be available for new purchases and 85 per cent LTV for remortgage.

Read: Republic Bank has the most flexible mortgage repayment for mortgagors, says Head of Mortgage Business

The FT reported last month that Rothesay was preparing to launch longer-dated mortgages in the UK.

Lengthening the traditional fixed-rate mortgage is a stated priority of the UK government and would break with the trend of switching deals every two or three years.

John Glen, economic secretary to the Treasury, welcomed the development. “Greater product choice creates more competition and more options for consumers, in this case particularly those who value certainty in their repayments over a longer period of time,” he said.

Long-dated fixed-rate mortgages are an attractive area of the market for Rothesay because it needs fixed, long-term assets to match up with its fixed, long-term liabilities. The pension insurer is expecting to announce further partnerships with other lenders soon.

“We are always looking for innovative ways to invest in long-term, secured and high-quality assets,” said Prateek Sharma, chief investment officer at Rothesay. He added that the company “firmly believe that these mortgages can provide the certainty that many borrowers are looking for”.

Online broker and lender Habito in March launched a long-term fixed-rate mortgage with a maximum deal period of 40 years starting at 2.99 per cent. Borrowers pay a rate of 4.45 per cent for a mortgage term of 31 to 35 years on 60 LTV, rising to 4.65 per cent for a term between 36 and 40 years.

Emma Agyemang is the FT’s global tax correspondent covering national and international tax issues affecting companies and individuals. She was previously a reporter for FT Money. She joined the FT group in 2016 as a personal finance reporter on Investors Chronicle.

She was named Best Personal Finance Journalist by ADVFN in 2020, a year after winning Business Journalist of the Year at the Words by Women awards. She was also named Best Venture Capital Trust Journalist by the Association of Investment Companies in 2018.