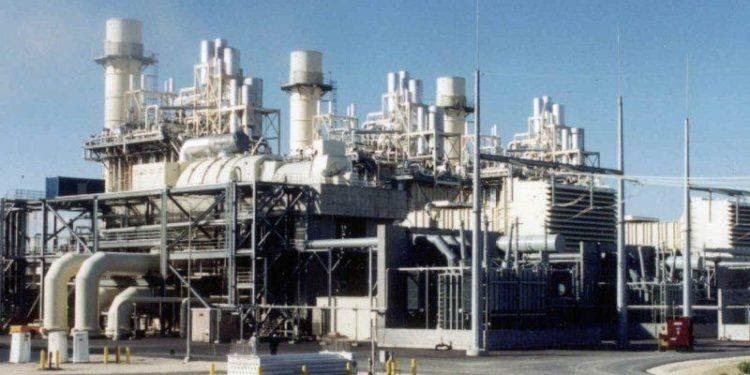 The Volta River Authority (VRA), has taken over the management of the Ameri Power Plant  on behalf of the government.

VRA received the Ameri Power Plant at the Aboadze Power Enclave in the Shama District in the Western Region on Thursday, January 20.

This indicates Ghana’s full ownership of the 250-megawatt (MW) plant from Ameri Energy.

The plant emerged in 2015 through a Build-Own-Operate and Transfer (boot) agreement between the Government of Ghana represented by the then Ministry of Power led by sector Minister Dr Kwabena Donkor under the Mahama administration, and Africa and Middle East Resources and Investment Group, also know as Ameri Energy.

The agreement was signed as an emergency power deal to tackle the power crisis (Dumsor) at the time.

The takeover and the relocation of the plant would rake in about $31 million annually from power export and $4 million as savings on transmission loss cut back, the Ministry of Energy has said.

Energy Minister Dr Mathew Opoku Prempeh, in a statement read on his behalf by his Deputy, William Owuraku Aidoo at the handing over ceremony, said the project would also promote the extension of the gas pipeline, which hitherto ended in the Western Region.

“The presence of natural gas in the region will stimulate other productive non-power uses of our indigenous natural gas resource.”

“We promised to keep the lights on, and the ministry is doing exactly that, despite a few challenges. In achieving this, let me say that the Amandi Power Project — a 200MW Twin City Energy Project — has been completed, achieved commercial operation and dispatching power to the grid,” he added.

The Deputy Minister indicated that a 50MW grid-connected solar plant at the Bui Hydro Generating Station had also been completed and commissioned.

“We have continued with improvement in the transmission system reliability by implementing other projects. These projects include the Kumasi-Kintampo Lot of the 330KV Kumasi-Bolgatanga Transmission Line Project which is complete and the line has been energised,” he said.

Government has justied its decision to move the Ameri Power Plant to Kumasi insisting it is needed to equally spread generation back-ups across the country.

This comes after concerns were raised about the movement of the plant from Takoradi to Kumasi because of cost concerns.

Ghana, late last year took over the plant following the expiration of the management of the power plant from the Dubai-based firm Ameri, after government exercised the right to take over when it was offered.

The Deputy Minister also touched on the operational and movement cost of the plant, revealing that it is a good idea given the current state of the country’s economy.

“Absolutely, it is not something that is been done out of the blue, a lot of thought have gone into it. Bare in mind that if you have all your power generation asset in the east or in the west, which is to say in the Takoradi-Sekondi enclave and in the Tema enclave alone, then that in itself is risky.

“There is no diversity and in the event of some eventualities you are unable to deal with repercussions effectively. Also bare in mind that the distances between the generation plant and the consumption point will require you to transmit the power over a certain mileage. And so its important that for great stability, that you distribute your generation in such a way and manner that then serves your entire consumption geographical area”, he said.

Energy Consultant Dan Boatwe, has described the move as a good one, adding that it was part of the deal to hand over the management of the plant after the build-own-and-operate transfer arrangement expired and by so doing the government had to pay the full amount for the contract before the transfer could happen.

“It was always part of the plan for Ameri to hand over the plant to us, after the build-own-and-operate transfer arrangement expired. That meant that Ghana had to fully pay for the contract sum before the transfer could happen”, he said.

“It was due to have been handed over to Ghana in December 2020, but because we defaulted and couldn’t pay, it was extended to April 2021. And that Also we defaulted, I don’t know whether we have been able to fully pay the outstanding amount. If we have, then that is what is informing the transfer of the asset to Ghana”, he added.