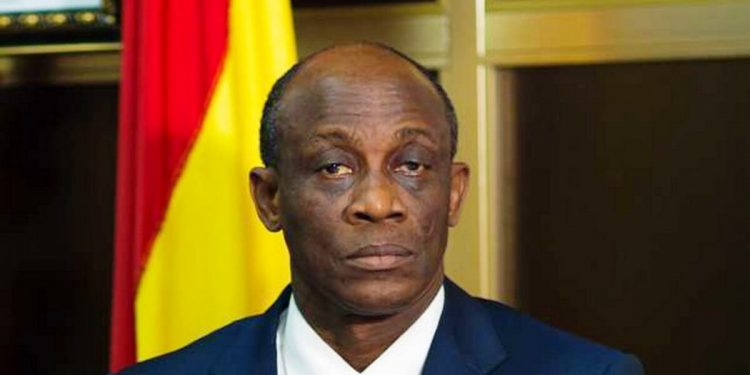 After a careful study of the trajectory of the current and projected levels of government debts and deficits, the former Finance Minister, Seth E. Terkper has called for a ‘Special Deficit and Debt’ control program to curb or ameliorate what he described as a “looming fiscal crisis.”

Readers will recall that just some few days ago, the Trades Union Congress (TUC) and the Association of Ghana Industries (AGI) shared similar sentiments when they called on government to initiate a National Dialogue on the state of the economy.

In the same vein, Dr. Kofi Amoah (Citizen Kofi) is also gathering signatures for a petition to stop government from borrowing from the IMF.

In an exclusive interview with the former Finance Minister to elicit his views on the ongoing discourse on the state of the Ghanaian economy, Mr. Terkper opined that “given the fiscal situation that we all know about, which is the high deficits, the high debts, high expenditure and it’s correspondent stagnant revenue, it’s clear that a domestic or home-grown program must be proposed and it must be done immediately to salvage the reverse-gear situation.”

He said, the expectation of Ghanaians is for things to improve especially when the IMF recently came out with a confirmation that things are not as rosy as many official communicators would make Ghanaians believe.

The need for a Ghanaian program with targets and timelines is paramount, given the aversion of the government to approach the IMF for a tough program compared with the more lenient RCF or COVID-19 program that raked in a cool $1billion as budget support.

In comparison, the 2014-2018 ECF program was supported with slightly over $900M from the IMF for balance of payment support under both Mahama and Nana Addo governments.

“If you take the budget for example, government’s medium term projections indicate that nominally the fiscal table shows an improved fiscal situation, particularly the reduction in the deficit, but that may be borne out of an apparent offsets or inherent errors. In particular, with the reduction in deficit by 2024 and the over stated revenue by 2024 and more instructively the exclusion of provision for routine arrears for 2023 and 2024, not to even mention the bailout cost, energy cost and the banking sector bailout or clean-up costs”, Terkper stated.

Again, he pointed out that if you take all these factors mentioned into account vis-à-vis a stagnant revenue, it may be very difficult for government to provide or show any form of realistic fiscal consolidation between now and 2024. In essence, the budget and medium term forecast doesn’t forecast or give any comfort.

The former Finance Minister stressed that since the budget document is not a program for AUSTERITY or recovery and it’s also not giving us any comfort going forward, then it’s time for government to come out with a specific program which is home grown or a clear cut policy with specific and measurable indicators that shows that a deficit and debt reduction can be achieved with specific targets as is normally done in Fund reviews.

Otherwise our over dependence on loans will continue. He said, it is clear from ongoing conversations that we have become dependent on loans to even complete the payments of compensation and interest before applying more loans to recurrent and capital expenditure as well as amortization. This is quite worrisome.

“Government should give us a clear plan which should include assistance to GRA to beef up revenue collection or performance, the continuation of GIFMIS to ensure that we are in control of expenditures, including government trimming non-essential expenditures. This is what can bring down the deficit as well as the proper use of the petrol revenues to attend to arrears like payments of debts which have been virtually stopped” Terkper urged government.

He also advised that there should be special programs for critical Social Intervention and financing investments under the GIIF initiative with certain indicators that can be verified.