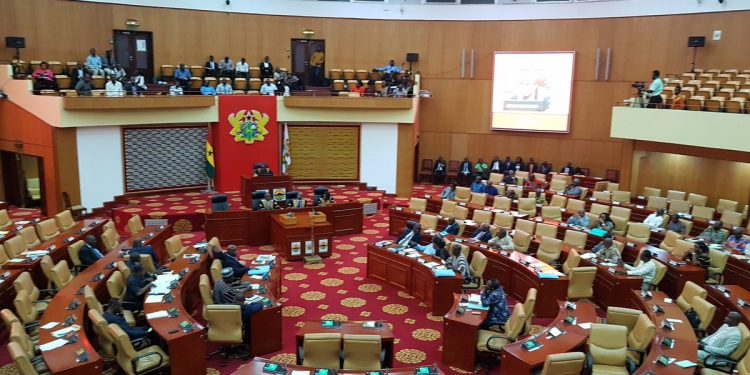 The Select Finance Committee in Parliament is advocating for an amendment of the nation’s anti-money laundering laws.

This is according to a report presented by the Committee to the August House on the need for Ghana to comply with recommendations of the Financial Action Task Force (FATF) in order to attract the needed foreign direct investments.

The report as presented by the Chairman of the Committee, Mark Assibey Yeboah, notes that Ghana’s inclusion to the ‘grey list’ by European Union’s FATF, poses a threat to businesses and foreign investments into the country.

“The Committee observed that while the grey-list is not a black-list, it serves as a major disincentive for businesses and large corporations as these entities are subjected to stricter accountability rules when dealing with grey-listed countries. These accountability requirements tend to increase the cost of doing business with grey-listed countries. Businesses therefore tend to shy away from such countries, and this negatively impacts on foreign direct investments flow,” the report stated.

In 2009, Ghana was blacklisted by the FATF as the result of a mutual evaluation exercise on Ghana by the Inter-Governmental Action Group against money laundering in West Africa (GIABA) in respect of the FATF recommendations.

Following this exercise, government took measures to address some of the deficiencies – which subsequently put the country in the ‘grey-list’ after a second round of exercises conducted in 2016.

Ghana however, has still not met the revised FATF methodology and recommendations as the report of the second evaluation exercise identified some strategic deficiencies in the anti-money laundering regulatory framework.

In order to address these deficiencies and comply with the recommendations, government has therefore decided to review some relevant laws.

Key among the relevant laws to be reviewed is the current Anti-Money Laundering Act, 2007 (Act 749).

The Anti-Money Laundering Bill, 2020, which is currently before Parliament and at its consideration stage, seeks to amend and consolidate the laws relating to money laundering.

The bill, among others also seeks to grant supervisory mandate to the Financial Intelligence Centre to provide for an effective, proportionate and dissuasive sanctions regime for various money laundering infractions; and to clearly designate an anti-money laundering and counter financing of terrorism regulatory and supervisory regimes for designated non-bank financial businesses and professions.

The bill also contains elaborate provisions on some key areas, particularly the assessment of risks, national cooperation and coordination, customer due diligence and the reporting of suspicious transactions.