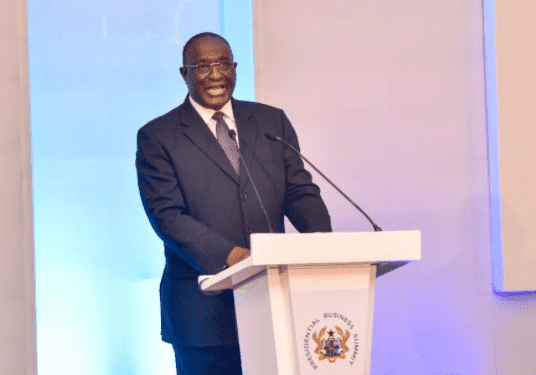 The Government through the Ministry of Trade and Industry has signed a Memorandum of Understanding (MoU) with Rwanda to deepen bilateral trade relations between the two countries.

Speaking at the signing ceremony of the MoU on trade and economic cooperation at the Africa Trade House, the Minister of Trade, Alan Kyerematen, expressed optimism that the agreement signed will develop into a strong and mutually beneficial relationship between the two countries.

He noted in his speech the significant role Rwanda has played in some of Africa’s business-oriented policies including the establishment the African Continental Free Trade Area (AfCFTA).

“You would recall that the formal decision to establish the African Continental Free Trade Area (AfCFTA) was taken at the AU Summit of Heads of State and Government held in Accra in July 2012.

“In the same vein, you will recall that it was at the 10th Extraordinary Summit of the AU Assembly of Heads of State held in Kigali in March 2018 that the African Continental Free Trade Area (AfCFTA) Agreement was signed,” he observed.

Read: E-Levy: Bill will not have much impact on economy if passed or not – Prof Mensah

The Minister, whiles acknowledging the seemingly low level of trade between Ghana and Rwanda despite their good relations over the years, indicated that he hoped the signing of the MoU will change that narrative.

It is against this background that this Memorandum of Understanding is being signed, to develop new strategies and implement measures that will significantly enhance bilateral trade and economic cooperation between our two countries.

Ghana already has a Bilateral Air Service Agreement with Rwanda signed in 2018, which permits airlines from our two countries to operate commercial flights between Ghana and Rwanda to boost transport connectivity.

“We envisage that through this MOU, Ghana can become an entry point for Rwandan investments within the West Africa sub-region whilst Rwanda on the other hand, can become a strategic entry point for Ghana into the Central and Eastern African Markets,” he added.

Other prominent dignitaries present at the signing ceremony included Hon. Béata Habyarimana, Minister for Trade and Industry of Rwanda and Dr. Aisa Kirabo Kacyira, High Commissioner of Rwanda to Ghana.