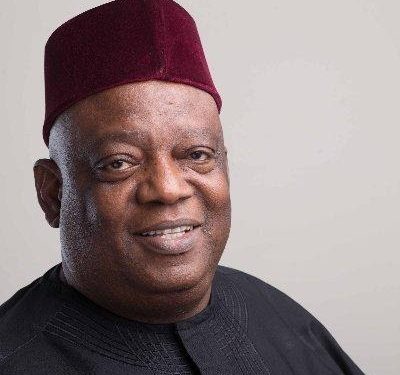 Financial Analyst Joe Jackson, is urging government not to ignore issues raised by Bloomberg and Fitch Ratings regarding the Ghanaian economy.

Mr Jackson is of the view that these international independent bodies are telling the government the real issues that the locals may not be able to tell the administration.

Speaking in an interview, Mr Jackson said, “The Finance Ministry, we can’t fault them for trying to put their best foot forward and for pointing out some discrepancies in their opinion in the Bloomberg report. That is fine but at the same time, you can’t ignore all the different independent institutions that are telling you that things are tough.

“The Finance Ministry is the Finance Ministry, they have to do what they want to do but things are tough. What I have to say is that, if you listen to our Finance Ministry they are our people, but at the same time independent people from outside come to say they don’t like what you are doing, the way you are going when you come and try and borrow from us it is not likely people will give you money because we don’t like this, you should listen to them.”

The Ministry of Finance has said that the Bloomberg article on Ghana’s debt to Gross Domestic Product (GDP) figures, gave wrong historical debt.

In the said article, Bloomberg said as the era of cheap money draws to an end, bondholders are no longer prepared to cut Ghana any slack.

The West African nation’s dollar bonds have slumped 10% in 10 days, moving deeper into distressed territory as investors judge that re-financing debt in the Eurobond market won’t be an option when the Federal Reserve hikes rates and budget targets remain elusive.

The extra premium demanded on Ghana’s sovereign dollar debt jumped on Wednesday to an average 1,105 basis points, from 683 basis points in September. Its $27 billion of foreign debt had the worst start to the year among emerging markets, extending last year’s 14% loss, according to a Bloomberg index.

Investors are questioning whether Ghana — the region’s second-biggest economy — can sustain its debt levels if a surge in borrowing costs shuts it out of international markets. Government debt climbed to 81.5% of gross domestic product at the end of last year, from 31.4% a decade ago, according to data compiled by Bloomberg.

That places Ghana among the most vulnerable credits to tighter U.S. monetary policy, despite strong economic growth.

“The market has woken up to the fact that this is a country with a lot of outstanding bonds,” said Kevin Daly, investment director at Aberdeen Standard Investments in London. “A lot of people went into last year with overweight positions and a lot of them have started to throw in the towel.”

The West African nation’s $750 million bonds due in March 2027 fell 10 cents this month to 79.4 cents on the dollar on Thursday, sending the yield to nearly 14%. Of 14 Ghanaian dollar bonds, 13 are trading with an extra premium of at least 1,000 basis points, a level considered distressed, a Bloomberg index tracking sovereign debt showed.

“I don’t expect them to default in 2022, as they have enough foreign-exchange reserves, but medium to longer term, it becomes an issue as Ghana has lost access to the Eurobond market for rolling over debt,” said Joe Delvaux, a portfolio manager at Amundi in London. “They have too much debt for the size of the economy and investors have lost conviction in the government’s willingness to consolidate spending and take necessary measures.”

The government’s failure to pass a new levy on electronic money transfers through parliament in November also made investors doubt whether it has the political capital to pass revenue-raising measures in parliament or reign in spending to reduce borrowing needs.

The opposition to the tax reform and plans to end a subsidy on pharmaceutical and vehicle imports will make it hard for the government to meet this year’s budget deficit target of 7.4%, down from 12.1% last year.

“There’s no appetite for a new Ghana issuance at this stage and probably won’t be until the government has consolidated is public finances more meaningfully,” said Carlos de Sousa, who helps oversee a $3.8 billion developing-nation bond fund at Vontobel Asset Management in Zurich.

But in a response, the Ministry of Finance said, “There are some serious factual errors in the article, which may give investors some cause for concern, if not corrected. For example, Bloomberg stated 81.5% as end of year debt to GDP ratio. This is incorrect. Our provisional nominal debt to GDP, as at the end of November 2021 was 78.4%, which is the latest data available. December revenue collections are seasonally the largest for any year, it is unlikely that our financing requirements in December will result in us exceeding 80% debt to GDP by December 2021. “

Meanwhile, credit rating agency, Fitch, has also downgraded Ghana to ‘B-‘ from ‘B.

The downgrade of Ghana’s IDRs and Negative Outlook reflect the sovereign’s loss of access to international capital markets in 2H21, following a pandemic-related surge in government debt.

This comes in the context of uncertainty about the government’s ability to stabilise debt and against a backdrop of tightening global financing conditions. In our view, Ghana’s ability to deliver on planned fiscal consolidation efforts could be hindered by the heavier reliance on domestic debt issuance with higher interest costs, in the context of an already exceptionally high interest expenditure to revenue ratio.

However, there is a risk that non-resident investors in the local bond market could sell their holdings, particularly if confidence in the government’s fiscal consolidation strategy further weakens, placing downward pressure on its reserves.

Tags: ghanaGhanaian economy.Gov't urged not to ignore concerns of Blomberg and Fitch regarding Ghana's economyJoe Jackson