The debt dogs that didn’t bark 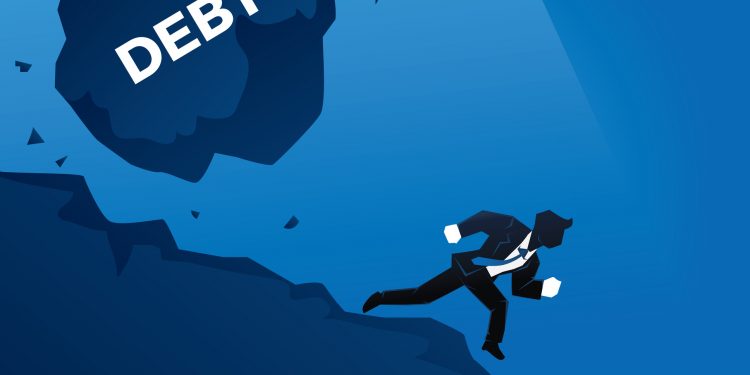 Last March, when COVID-19 infected the world economy, many observers feared that emerging markets and developing countries would suffer the most, financially and otherwise.

Economically, they relied on commodity exports, remittances, and tourism, all of which fell through the floor with the pandemic. There was every reason to expect a tsunami of financial crises and debt defaults.

The tsunami never arrived. Just six countries – Argentina, Ecuador, Belize, Lebanon, Suriname, and Zambia – have defaulted on their sovereign debt, and only the first two have restructured their debts.

But much like Sherlock Holmes’s dog that didn’t bark, it’s hard to know whether to be reassured or alarmed by the silence. Reassuringly, the impact of COVID-19 on developing countries, in Africa specifically, has been less than feared.

Their young populations are relatively resistant to the coronavirus. Their health systems, in responding to past epidemics, have gained the public’s trust. And China’s quick recovery boosted demand for their commodity exports.

Financially as well, current conditions are surprisingly stable. In March, when the crisis erupted, emerging markets hemorrhaged capital. In April, however, the outflows tailed off, and net flows to emerging economies have been positive and growing since.

It is not hard to see why. Yields on US ten-year Treasury bonds are below 1%, and the dollar is widely expected to depreciate. European government bond yields are negative.

In this environment, a Thai government bond yielding 1.35% is irresistible, even though Thailand displays classic signs of financial trouble ahead: a tourism-dependent economy expected to contract by 7% this year and a government that lacks popular support.

If global growth resumes in 2021, aided by the rollout of vaccines and the Fed’s continued commitment to ultra-low interest rates, some developing countries may skate through. Yield-hungry investors will continue to display an appetite for their bonds.

But other countries, having been hit harder by declining export earnings and collapsing remittances, will have obligations to meet. The Institute of International Finance estimates that nearly $7 trillion of emerging-market debt will fall due in 2021, triple this year’s level.

This is not a crisis that will materialize at some indeterminate future date. The dog will start yowling next year.

Where governments have issued debt domestically, their central banks can buy it up, but only at the cost of crashing the currency and scaring off private investors. In addition, twice as much foreign debt is coming due in 2021 compared to this year. Much of this has been rendered effectively unpayable by the economic shock of the pandemic.

The G20 has responded with a Debt Service Suspension Initiative (DSSI) that allows 73 low-income countries to defer payments on their government-to-government debts for a year and a half. The single largest bilateral creditor, China, is now on board, after some initial hesitation.

The DSSI is imperfect. Limiting the duration of the suspension and deferring rather than forgiving the interest is a bit miserly. Countries are reluctant to apply for fear of rating-agency downgrades, as happened to Cameroon. Distressed middle-income countries are excluded. Still, something is better than nothing.

The problem is getting private creditors to scale back their claims. Last April, the G20 “called on” private creditors to agree to comparable concessions. Unsurprisingly, their calls went unheeded. Investors were more concerned, predictably, with their own portfolios than the plight of low-income countries.

Subsequently, G20 governments made clear that they had no intention of deferring their claims if the money this freed up simply went to pay off private creditors.

But the private sector has made equally clear that it has little interest in concessions. History tells us that private debts are restructured only when creditors become convinced that half a loaf is better than none. And investors are still hoping for the full loaf, with the official sector helping to feed it to them.

What more can be done? The United Nations Security Council could pass a resolution instructing its members to shield the assets of low-income countries from litigious creditors, much as it shielded Iraqi assets following the removal of Saddam Hussein.

The US Congress could give this measure force of law. Or, after January 20, 2021, President Joe Biden could issue an executive order instructing the courts to proceed accordingly, as President George W. Bush did in the case of Iraq in 2003.

Is there a chance of this happening? Consensus within the UN Security Council is hard to achieve and even harder to maintain.

The incoming Biden administration will have limited political capital, limited bandwidth, and an abundance of other problems. Whether it will be prepared to confront the big institutional investors – can you say BlackRock? – remains to be seen.