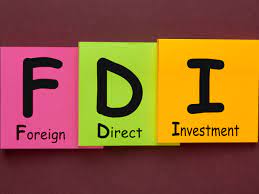 A Japanese automobile manufacturer builds an assembly plant in Mexico. An Italian software company opens a sales office in Kenya to reach the Kenyan market with their services. A large Australian mining company acquires a smaller Angolan one for diversification.

All are examples of foreign direct investment where a business decision is made to somehow take a stake or interest in a company by an investor located outside its borders.

According to the latest results of our Coordinated Direct Investment Survey, and as shown in our Chart of the Week, the world’s top ten recipients of foreign direct investment by end-2020 were the United States, the Netherlands, Luxembourg, China, the United Kingdom, Hong Kong SAR, Singapore, Switzerland, Ireland, and Germany.

The surge from 2019 to 2020 was led by increases in Europe and Asia Pacific. In Europe, the United Kingdom and Germany topped the list, accounting for 18 percent and 15 percent, respectively. In Asia Pacific, the increase was mainly driven by China.

Read This: African Development Bank to borrow $10bn from capital markets in 2022

The United States took the leadership position as the largest recipient of foreign direct investment in 2019 and consolidated that position in 2020, mainly driven by higher direct investments from Japan, Germany, and the Netherlands.

Together, these three economies accounted for most of the increase in foreign direct investment in the United States over the last three years.

Low-tax jurisdictions such as the Netherlands, Luxembourg, Hong Kong SAR, Singapore, and Ireland remained among the top direct investors and investee economies. They continued to be attractive destinations for different types of investments, including those channeled through special purpose entities (subsidiaries created by parent companies in countries of convenience).

The Coordinated Direct Investment Survey is the only worldwide survey of foreign direct investment positions, conducted annually by the IMF. The database presents detailed data on bilateral direct investment relations among economies. It aims to provide a geographic distribution of inward and outward direct investments worldwide, contribute to a better understanding of the extent of globalization, and support the analysis of cross-border linkages and spillovers in an increasingly interconnected world.