Djokovic repeats no vaccination stance as US Open slips away 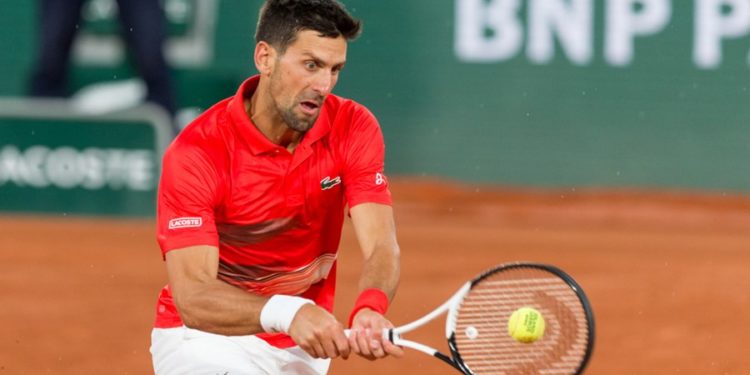 Djokovic repeats no vaccination stance as US Open slips away

Novak Djokovic repeated his hardline refusal to get a Covid-19 vaccination on Saturday as he resigned himself to sitting out the season’s last Grand Slam at the US Open.

Djokovic was deported from Melbourne in January over his stance, forcing him to abandon an assault on a 10th Australian Open title.

With no sign of the US authorities relaxing their rule requiring all visitors to be vaccinated, the 35-year-old Djokovic admitted on Saturday that Wimbledon, which starts Monday, will be his last Slam of 2022.

When asked if he had completely closed his mind to getting vaccinated, he was unequivocal. “Yes,” he said.

He has 20 Slams to his name, two fewer than old rival Rafael Nadal.

Last year, defeat in the New York final to Daniil Medvedev robbed him of the opportunity to become the first man since 1969 to clinch a calendar Grand Slam.

His inability to travel to the United States — he already missed the Indian Wells and Miami Masters — will serve as a key driver as he sets his sights on a seventh Wimbledon title.

“As of today I’m not allowed to enter the States under these circumstances. That is an extra motivation to do well here. Hopefully I can have a very good tournament,” said Djokovic.

“I would love to go to States. But as of today, that’s not possible. There is not much I can do any more.

“It’s really up to the US government to make a decision whether or not they allow unvaccinated people to go into the country.”

Also adding fuel to the Djokovic fire is the chance to win a fourth successive Wimbledon title and join a select group.

In the Open era, only Bjorn Borg, Pete Sampras and Roger Federer have managed to complete such a streak of dominance at the All England Club.