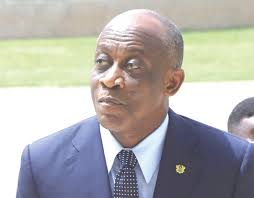 Erstwhile Minister for Finance, Seth Terkper, has aired his view on calls by some economic analysts for Ghana to go in for multilateral concessionary loans as against issuing Eurobonds as cheaper means of borrowing due to the high-interest rates and shorter tenors of the latter.

With South Africa being the first African country to issue a Eurobond in 1995, available information indicates that by the end of 2019, 21 African countries including Ghana, had sold Eurobonds worth a combined total of over $155 billion on international bond markets.

Because of poor credit ratings and perceptions of high risk, bonds issued by Ghana and its peers on the Continent come with high-interest rates which makes it costly for governments to finance the bond.

Aside increasing the debt stock of the country, interest payments on bonds issued have through the years grown large and now overtaken compensation as government’s largest expenditure item.

It is in view of this that some economic analysts have suggested that government go in for multilateral concessionary loans which have cheaper interest rates and are long-term dated, as doing so will slow the fast pacing interest expenditure of government and give government some fiscal room to operate.

Must Read: Fuel prices set to reduce in second half of August – IES

Touching on the issue in a media briefing on Friday, August 13, 2021, the former Finance Minister asserting that although multilateral concessionary loans is not accessible to Ghana given the country’s lower-middle-income status, a decision by government to go in for multilateral concessionary loans as suggested by the economic analysts is not advisable.

According to him, should government do so, it will mean going for a debt suspension programme and going back to an International Monetary Fund (IMF) programme.

Debt service suspension for countries like Ghana is seen as sending wrong signals to investors about the country’s creditworthiness and ability to service its debts, thereby affecting Ghana’s access to international capital markets.

“The more direct effect of going to the multilateral institutions for loans is the condition of a debt suspension programme and that’s something we cannot escape. When you go and face the IMF and World Bank for loans, you are virtually going back into a programme situation because these loans come with policy adjustment conditionalities and all that and we [Ghana] say we have exited these programmes, therefore we have to look at other sources but not the multilaterals,” he stated.

“But if we [Ghana] also want to go the multilaterals, we [Ghana] have the option of presenting our own homegrown programme and convincing them that our programme will work. And that’s how you don’t go back to the IMF, because if you have a programme that works, you will have the multilaterals coming in to support it,” he added.